Over the past few years, Brumfield Construction has seen a large amount of growth in their company. Much of that growth has been fueled by winning more government funded projects — which is both a blessing and a curse. While government projects pay well, it also means submitting dreaded Certified Reports every pay period.

With the growth of the company, all of their time-consuming and error-prone manual processes were becoming unrealistic to manage. Brumfield was running payroll entirely on their ERP system, but they wanted to evaluate the potential benefits of outsourcing payroll. However, they’d heard horror stories of other contractors that had been burned when they tried outsourcing payroll.

Construction companies desperately want to outsource payroll, because running payroll in an ERP leaves a lot to be desired. It’s not as robust, it doesn’t include HR functionality, and there are compliance concerns around ACA reporting. It also puts the burden on the company’s team to own all the aspects of payroll — from cutting checks to updating tax tables.

Payroll companies have a much more robust HCM platform, but bridging the gap between HCM and ERP has always been a risky challenge for construction companies. Typically, these systems don’t play well together and the construction companies end up doing more work than they wanted to do. It’s onerous, it’s manual, and it’s complex.

But there are greater risks than simply doing more work:

These are the kinds of things that could stymie a business at the least and put a company out of business at the worst. We’ve found companies that have been barred from doing government work — and because it was a major line of their business, they had to shut their doors.

Our payroll partner approached Brumfield with a different story from the one every other payroll company reiterates. Instead, they told a different story that Brumfield had never heard — they talked about how IDI’s Contractor Central can solve the HCM integration problems that hound construction companies.

Our partner realized there would be skepticism based on other contractors’ horror stories, but they also realized IDI could give them a different story.

We met virtually with Brumfield, shared our story and asked questions. At first, Brumfield thought Contractor Central was too good to be true. So we demonstrated the system so they could see it for themselves — what prevailing wage tables look like, what the user experience is like, how the data will flow.

As we filled in the details and showed that we speak their language and understood the frustrations they’d been experiencing, Brumfield began to get excited. They realized that IDI has deep roots in the construction industry, and they were willing to take the leap.

When a prospect sees a Contractor Central demo, they see the terms that they’re used to using, they see the tables that are very familiar and comfortable to work with, and they see that the look and feel of the software is intuitive and appealing. That’s why Contractor Central shows exceptionally well, because it’s the only application of its kind developed solely and specifically for the construction industry.

Together with our payroll partner, we showed Brumfield Construction that there is a path forward, keeping the best of their ERP while also outsourcing their payroll and HR functionality. Contractor Central is the answer that fills in the seams.

We implemented a holistic solution for Brumfield that provides a connection from the ERP into their time system.

Contractor Central is the hub of that whole payroll lifecycle, so that Brumfield can achieve the payroll goals they had thought would never be possible.

“Ultimately, we are saving a ton of time from where we were before,” said Michelle Petty, Office Manager, Brumfield Construction Inc. “I can usually get payroll for the prior week finalized by 10 am on a Tuesday. Before, we would still be working on it, printing live checks sometimes Thursday morning.”

As you go through the sales process with construction companies, it’s critical to quickly sniff out if they do government work or deal with unions. If so, those are known gaps in payroll solutions that require a partner like IDI.

The sooner you can bring us in, the better your chances of getting their attention and advancing the sales process. If you go in with the same story every other payroll provider has, your prospect will shut the door before you have a chance to make a case.

Contractors will need assurance that you provide something different, something that will address the very prominent needs of the construction industry. Don’t just say you can do it, show that you can do it and you have done it. 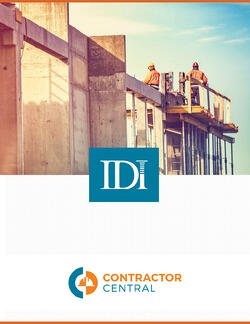 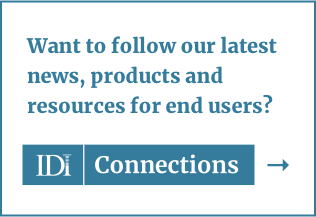